Started as a DJ in 1995 in NY, played all of the major clubs and hot spots on L.I. Did some on air work there also. Moved to Florida in 1999 and continued to DJ.  Was an on air personality for WMFE for a year then moved to an internet radio station. Now owner of Oldies Your Way Radio

I've been Dee jaying most of my life. As a kid I had my own show on my tape recorder which friends were forced to hear when they visited me.

In the early 60's I was a weekly guest on a folk music show on WNJR in Newark, NJ.

While in the Army I Dee jayed at local service clubs.  After the service I Mc'd various types of park concerts in Brooklyn, NY.

In 1983 I became a weekly guest of Freddy The German Cowboy  on WJDM in Elizabeth, New Jersey. From there we moved to another station that I consider my real beginning. We were now on WCNJ in Hazlet, NJ. Things changed for us as we were now doing our own solo shows. By 1985 I got very involved with this station as I was filling in for almost everybody. While there I started "The Pop Shoppe".

At one point I moved onto WPDQ in Freehold/Howell, NJ. where I made some new friends including   Program director Dlanna who would eventually leave and start top shelf oldies where I stayed for 10 years.

I am from West Texas and I am a car enthusiast and car collector.  I started deejaying at car shows and swap meets in 2006.  If you like oldies, rock ‘’n’’ roll, rockabilly, and rockin’country tune

into Ric’s Digital Garage for a blast from the past.

Born and raised in Brooklyn New York in the 50's – Cal was addicted to Rock N Roll from a very early age. After singing in an un-named local neighborhood group on the corner. Tried breaking into the “Biz” singing solo, taking lessons from a professional across the street from the Brill Building. Also tried his hand at song writing for Jordan Christopher (formally of Jordan and the Fascinations). All while working at Capitol Records and Colony Records in the Times Square/Broadway area back in the early 60's when the music world was set on its ear with Beatlemania. Left it all behind for a career in the US Navy, However, he never got the music out of his system. While serving on active duty he created a traveling variety DJ club act in the 70'S and finally landed  commercial “Air Work” in the 80's and 90's with stations like KUAM-AM, KSTO-FM, California North County KEZL-FM and San Diego KyXy.

He is back live on Memory Lane Oldies Radio with a weekly show called “HOT WAX and DOO WOP MEMORIES” spinning some great tunes and sharing some fond memories of a time gone by. Click him in on www.memorylaneoldies.com Saturdays 7pm – 10pm Pacific 10pm – 1am EASTERN…Check out the many celebrity artists Cal has interviewed by going to https://www.hotwaxdoowopmemory..com

Jerry Russell known to all as Chief. 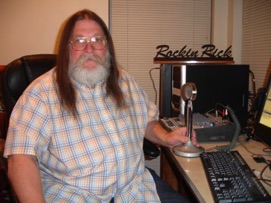 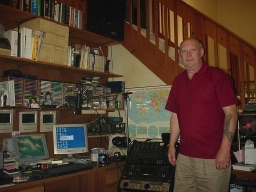 Goldoldies/Goldradio is the brain child of Jerry Russell known to all as Chief.

The station was started some years ago, but due to ill health, Chief was unable to dedicate the time he wished to develop the station to it's full potential till early 2000. Chief lived in the beautiful Lake Wallenpaupack area of northeast Pennsylvania in the Pocono Mountains.

Ultimately, Chief’s vision was to Goldradio’s audience, 24 hours a day, 7 days a week. Chief wanted Goldradio to be the best interactive Music/Chat site on the internet.

With Chief’s passing in May, 2014, Goldradio went through a management change. Goldradio’s ownership was transferred from Chief to his wife, Chriss.

Chief wanted to give his audience American and British music not heard in it's purest form anywhere else in the world.

For example, Goldradio caters for both the casual doowop enthusiast to the professional hard-core rhythm and blues collector. Goldradio has three of the best dj's in this genre: George Frunzi, Mogie, and Carl Tancredi.

Listeners can access the music from the comforts of their computers. How?

The following people along with his wife, helped make Chief’s dream a reality.

Special thanks go to Lee Alder, who has been with Chief and Chriss from the beginning, Lee brought his much needed Technical skills to Goldradio. This has allowed for many features on the website to be available to our listeners. 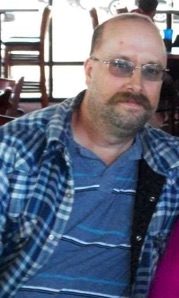 DJ-Tomcat from Boise, Idaho (the capital city). I was born and raised in the Thousand Springs area of Idaho. Thousand Springs is located between Bliss, Idaho and Twin Falls, Idaho. I never would have fathomed me being an internet dj. I've been familiar with Goldradio for quite a while, but with a little bit of coaxing by the current staff, I took the bait and became an Oldies dj. I had the broadcasting software and about 1500 songs in my library. I was told it was "a good start." I currently have my own show "Listen To the Music" airing Sunday mornings from 11am to 1pm on the Oldies Stream. Please join me. This experience is all new to me and the way it is progressing, it may just be a permanent hobby.

Jeff has been attempting radio since 1968 and still having trouble getting it right.  Collecting records since a little tyke, and has over 60,000 songs from late 50s to late 60s.  Playing what he wants to hear, the show is heavy regional hits,  pop, doo wop, flip sides and teeners.  Songs you just don't hear on other stations.  Known as the Gastric Geezer, a little humor and a lot of music.  Feel free to e mail , jiffyjeff2@msn.com for requests, comments or just some good time insults. We like to hear from you. Jiffy Jeffs Lost Oldies on the Tune Town radio network.